A new assembly bill (AB1407) goes into effect July 1, 2016.  The bill was approved unanimously in the Senate and Assembly and signed into law by the governor. The addition to the Family Code makes it possible for family law Judges to order a cell phone carrier to separate the cell phone number of the requesting party and children, as well transfer as the associated rights and billing responsibility to the requesting party.
The reasoning behind the bill was that victims had no way of separating their own phone number from that of the abuser, meaning their call history could be seen, the batterer could place restrictions on the phone plan, or sometimes even locate the victim through the GPS on the phone.  Once the bill goes into effect next year, victims can obtain an order which will allow them to continue use of their cell phone number, access to contacts, and will save money by not having to pay for an additional phone and phone plan.
If you or someone you know is a victim of domestic violence, there are resources available.  What is required is different for everyone, so be sure to seek out the assistance you need.

Cole Davis
22:27 23 Mar 20
Dawn did a great job. I felt like she had my best interest at heart and protected me at every step and turn during my divorce. I highly recommend her as a lawyer for family law.

Sarah Cline
20:06 05 Mar 19
Dawn is the best family law lawyer! I have used her for the past 12 years for custody and visitation. She is very knowledgeable, firm and responsive. Do yourself a favor and hire the best!

Katherine Hallios
20:22 13 Dec 17
Dawn and her team (Ariel and Katie) were so helpful through a process that is, by nature, incredibly difficult. Other than one slight miscommunication, I never felt like I was left in the dark. They took care of everything and I didn't even have to go to court. They make this process a lot easier. And Dawn is incredibly kind and personable.

skeeter 1
01:22 21 Jul 17
The attention and dedication of Dawn Dell' Acqua and staff defies description, my case was out of the norm, but she explained from the start the complexity and adventure with the expectations the case would require. I am very pleased with the communication and results

Ylianna Torres
00:08 11 Jun 16
Making decisions about what will happen when you pass is very confusing and at times stressful. Ms. Dell'Acqua made the process stress-free. She is professional, caring and thorough. I was able to make decisions about my trust because she explained all the details in a clear and concise manner. All of the employees are courteous and accommodating. I would highly recommend the Law Office of Dawn Dell'Acqua.

Ned Walker
20:07 01 Feb 16
Dawn is a very talented professional who I will always trust. When it really counts, and if you've sought her services then it must, rest assured that you can't go wrong retaining her services as if there is a way to succeed she will find it. Although I do not relish having to use the court system, when it comes to needing to have your families future litigated, I know that it will always work out for the better with Dawn fighting for my family's best interest. Thanks Dawn and staff for being so excellent! I can't tell you how many folks I've recommended her to because I trust her that much.

Fred Gregory
15:52 23 Jan 16
Dawn and her staff are top notch in my book. I have used her professional services, I have referred her professional service to numerous clients, and I have worked with some of her clients with tremendous results. Dawn is very competent, compassionate but tough when the situation calls for it. Our real estate company, Better Homes Realty respects and refers her services to our clients when the need arrises. Dawn is extremely knowledgeable regarding family law.
See All Reviews 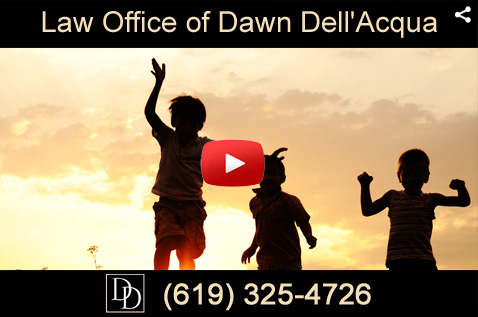